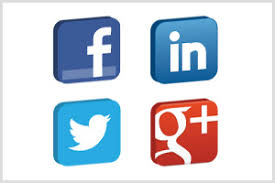 Can blogs survive without social media marketing?  It would appear that as time progresses, the answer tends to favor the negative.  This means that blogs who continue to ignore the social media platform for marketing are getting left behind by their competitors.

Blogs primarily aim to compete for attention.  While most blogs simply compete for increased readership, business blogs employ social media for marketing purposes more than anything else.  The captured audience represented by membership of social media entities is great in actual numbers thereby making it an effective incentive for businesses to run after.

Businesses that have tapped social media reported an improvement in feedback, public perception of company,  customer support,  customer satisfaction, and sales.  Management’s lack of understanding of programs that focus on social media is just one of the identified obstacles to successful implementation of related marketing efforts.  Consumers and customers expect businesses to use social media primarily to solve problems and to get customer feedback on the products or services they are offering.

However, many businesses have wizened up to the other possibilities offered by social media through the use of their blogs.    Through blogs, customers are able to interact with the company and the brand in the swiftest possible time.  A considerable advantage is given to companies with blogs since they are able to react accordingly to comments and opinions.

Maintaining a blog is seen as one of the most positive activities that businesses can undertake in the online environment and one of the most effective support of blogs is social media.  Social media allows blogs to be more interactive.  Many customers feel that they are more inclined to transact with businesses which employ social media options because of the added value offered.  Businesses have to exhaust all possible options in marketing and communicating with customers and there is no better way to do it than through blogs and social media. It is in the best interest of businesses who have online presence to maintain an entrepreneur blog.  The main goal is to present the business in the best light by providing relevant and current information directly related to the product or service being offered.  Customers always appreciate additional information especially if it is being volunteered by a company which they intend to transact with.  Every offered product or service tends to be enhanced when they are fully explained to the public especially in relation to surrounding issues of use.

Handling an entrepreneur blog requires the handler to be updated in current and factual information.  Providing the right information establishes a site that provides it as an  authority in the subject.  A company that explains a product or service in an easy and understandable manner will gain more customers.  It shows genuine concern for the welfare of the  buying public, lending an image of reliability and credibility.

There are many blogs that purposely cater to the interests of business bloggers.  They are able to provide important information, positive encouragements, and timely guidelines that are critical for the development of an effective entrepreneur or business blog.  It is a wise move to look into the good practices of business blogs which enjoy considerable following.

An entrepreneur blog has to developed in line with how the main business is being developed.  As it is primarily aimed at providing support, it should never run counter to the business being promoted online.  When handling an entrepreneur blog is done correctly, businesses will reap its benefits in no time. Have you thought of why everyone  just seem to be blogging even without any apparent reason and purpose?  Everyone just have to say something even if their participation results to more questions rather than answers.  Blogging is probably the best thing that ever happened to freedom of expression but is it actually the best for everyone?

Bloggers have been providing the online world with so much to talk about for the past years or so.  Those who were part of the original batch must have done something right for blogging to be so popular and desired at the present time.  Although its potentials in relation to earning income has been clearly established, not all blogs have been put up to earn.  Many still use their blogs as an avenue for free expression with the earning factor just a pleasant bonus of pursuing something they will pursue just the same even without being paid.

The idea of publishing one’s work without the fear of rejection from established publishers is really quite attractive to any budding writer or at least someone who thinks he or she has something to offer to online readers.  While the freedom provided by blogging has given us access to exceptional works and thoughts , it has also provided us with enough reasons to reconsider the almost absolute absence of rules in blogging due to the proliferation of written rubbish.

I believe that online searches will be so much more fun when sites or blogs which offer absolutely nothing is removed from the system.  There will be more time to explore sites and blogs that offer real information, real insights, and real offers that will add over-all value to the online world.  Many bloggers have gained power through the authority they command as provided by the extent of their audience reach.  It would be such a waste not to use this avenue of freedom of expression for the good of many.

There have always been requirements put in place for one to be categorized as a journalist or a media person.   Recently, bloggers who may not have the prerequisites in formal schooling, knowledge, and experience have been invading the arena of the so-called mainstream media.  This “invasion” has resulted to the blurring of lines between what is practiced in their respective dominions.

A number of cross-over’s have been observed.  Many mainstream journalists maintain their own blogs while bloggers try their hand at providing news and information.  Venturing into other forms of media is fairly common for both.   Many journalists have told their stories through books and bloggers are not far behind in doing the same thing.

The issue of superiority by traditionally-trained media over the generally more play-by-ear blogging community often surfaces when writing qualifications are being examined.  However, bloggers are known to connect more readily to the reading audience because of their usual informal style.  This has resulted to a sometimes not-so-friendly competition between some members of each group.

There is no need to have any quarrel between these two camps as they have the same basic objective which is to bring information to the people.  If there are questions as to territories being invaded or job opportunities taken away by the other, then mutual respect is the key.  Basic respect as well for the writing profession itself is required.

Writing should always be guided by sound ethical practice.  These include providing correct information with minimized sensationalism.  The feeling of antagonism between the two camps often arises from bringing individual brands of information at the expense of the other.  Although the blogosphere threatens in a way the standing of mainstream media, it cannot be helped because of the human need for information that continues to evolve. Web masters would like to have access to all advantages in technology that will allow them to further their SEO efforts for their sites.  Those who already have working online sites would know that high search page ranking requires not only currency of content but also currency in ways to bring the site to the attention of potential users.  In this regard, an important breakthrough called automatic submission has made it possible for many site owners to address time limitation in relation to having their sites listed in relevant search engines, directories, and specialty sites.

It is a fact that web owners have to concern themselves with a lot of issues aside from making sure that their websites are being found by searchers.  Even online businesses face the challenges that typically confront brick-and-mortar businesses such as capitalization, product development, and human resource.  There may also be a need to conduct physical marketing campaigns concurrently with online promotion.

For these reasons, any assistance that can come in the form of a product or service that will lighten a web developer’s workload is welcome.  Automatic submission of websites and articles to search engines, directories, and specialty sites is getting the attention of many website owners due to the relative ease that it can be accomplished.  Individual manual submissions can be very time-consuming and tedious if there are many submissions to be done.  Multiple submissions are being done because of its promised exposure to more potential customers.

Whether as a service or as software, automatic submission eliminates repetitious acts such as keying in basic information.  Service providers and software developers have taken note of the fact that reputable search engines and directories have great distaste for submissions that appear computer-generated.  That is why there is painstaking effort to make automatic submissions more human-like as possible.  Proper spacing of submission schedules are observed and human participation is provided when it is required such as keying in verification codes needed to have the submissions approved.