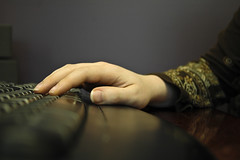 When I was working in the corporate world, I had to scold myself whenever I had the urge to blog during office hours. Sure, writing was my passion and my hobby. But of course, doing this on company time would be tantamount to stealing! That was until I found myself shifting jobs, in which my new job actually involved blogging. Not only was I authorized to blog on the job, but it was also my main responsibility to get the word about the company’s products and services through blogging and word of mouth.

Now blogging doesn’t sound like a complete waste of time, does it? My blogging during company time helped me on two fronts. First, I helped publicize the company’s services. No, I was actually evangelizing, and not just publicizing, since I was so passionate about the technology (at least back then). Also, it paved the way for me to become better known in the blogosphere as among the first people in my country to make a living out of blogs and blogging.

A lot of “internet marketers” are taking Twitter by storm, but a lot of people are still getting it wrong. Twitter is not about blatantly blasting messages to thousands of people. It’s not about getting the most number of followers. It’s about genuinely connecting with people in a forum where they are comfortable. Now in that regard, Twitter is not a waste of time, but instead something that you can productive with.

In my case, I find myself actually being less productive the more time I spend away from Twitter, and other online sources of discussion and information for that matter. To many, Twitter is a place where they can chat and banter. It’s a place to showcase their latest conquests, rants and raves. But to folks like me, it’s a place where I can look for hot trends, for article ideas, and even for business ideas.

So whenever I find myself having blogger’s block, one of the first things I do is check TweetDeck for new updates, links and other messages from my contacts. I also watch tweets on keywords relevant to my fields of interest. And when I post something new, I try to give it a bit of a push by tweeting a link. I don’t usually expect people to take notice of automatically-tweeted blog post announcements, and so I manually craft each headline, to make it interesting and relevant.

And so that was my long answer. My short answer is no: Twitter is not a waste of time. Yes, it does eat up a lot of my time, and most of the time it also compounds to the time I spend, dealing with the information I learn and discussions I get involved in. It keeps my mind active, my fingers twiddling on the keyboard, and in some cases, the cash register ringing! 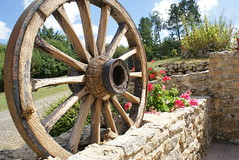 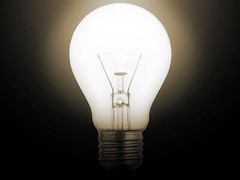