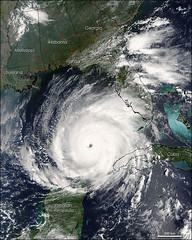 Disaster strikes anytime. Sometimes, you can anticipate it. Sometimes, there’s no notice whatsoever, and you get caught off-guard.

Just this weekend, a tropical storm hit my country, bringing in a month’s worth of rainwater in just half a day. This resulted to flash flooding, which submerged 75% of the capital in flood waters. That’s 75% of about 20 million people in the metro and its surrounding areas. While the drainage systems here leave much to be desired, this level of calamity and damage has not before been seen. Towns that are relatively high saw flooding on the streets. Those in the flatlands, valleys and residences near bodies of water were not too lucky. Many endured getting their houses fully submerged underwater (yes, even two to three storey homes). Some lives were lost; a lot were displaced.

In cases like these, small businesses would surely be facing trouble. What if you had a store or shop, and all your inventory was spoiled? What if you were into building, and your equipment was destroyed? What if you’re in the transportation business, and all your vehicles were submerged and carried away in the current? These are typical in a brick and mortar type of business.

How about online businesses, then? Does calamity have a place in today’s connected world?

In my case, I lost my Internet connection for a span of a day and a half. I did not lose electricity at my home (which also houses my office and equipment). But with the loss of connectivity, I wasn’t able to respond to messages, talk to clients, meet deadlines, and the like. It’s a good thing that a big part of my online activities involves teamwork. Thus, while some of my colleagues are also residents of areas probably hit by calamity, some are living in other countries altogether. People across the globe can share the load, then.

With one’s business being mostly virtual, one would probably think himself invulnerable to storm, fire or whatever natural disaster will strike. On the contrary, though, even if your business is purely online, you would most likely be affected one way or another.

First is when your equipment or business premise gets damaged or affected. When Hurricane Ike devastated the Americas in 2008, some of the US-based datacenters we’ve been using were affected. Or at least the support personnel that manned the hosting company were all unavailable for inquiries and reports.

Second is when your communications infrastructure fails. This has been my experience time and again. One instance was when a storm hit about three years ago. We lost power for almost a week, and I had to rely on visiting WiFi-enabled establishments just to do some work. And apart from my weekend hiatus, just a few months back, underground Internet cables had been severed, resulting in loss of connectivity to a big part of the Asia-Pacific region.

Third is when you and your staff/colleagues are at risk. Calamities often don’t just pose risks to property. Rather–and more importantly–it involves risk to life and limb. Property damage is probably acceptable, but when you and your family are faced with life-threatening situations, then it becomes more serious. Even if you have to attend to business matters, you’d rather just take time off, and bring yourself and your family to safer ground. The lost productivity is just a small price to pay for safety!

In any eventuality, it pays to be prepared, and to make arrangements beforehand such that you minimize (or mitigate) risk, and have a backup plan for everything. For an online business, or even any business in which data or internet connectivity is an integral part of operations, here are a few things I can think of as part of one’s contingency plans.

Disasters are usually a time when competitive barriers are let down and everyone tries to pitch in to help. Any business, even if it’s not rooted too much on physical infrastructure, would surely be affected one way or another. Are you ready for this?